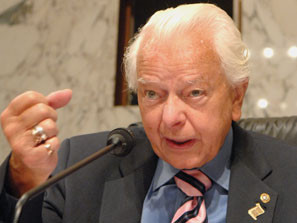 “It is well to remember that it is rules and laws that keep the powerful in check and the people in control.” –The Honorable Senator Robert C. Byrd of West Virginia, February 15, 2002.

Reconciliation mark-ups can be lengthy and challenging depending on the authorizing committees’ instructions; and because reconciliation bills are difficult to amend on the Floor, committee mark-ups are especially significant.

After the authorizing committees mark-up their respective reconciliation legislation, the various titles are reported to the Budget Committees where they are packaged into a single Reconciliation Bill for House and Senate Floor consideration. Congress considers Budget Reconciliation Bills under special procedural protections, particularly in the Senate.

To explain the significance of Budget Reconciliation procedures, it is first important to understand how the Senate typically operates. The Standing Rules of the Senate, many of which have been in place since the founding of the Republic, generally protect the right of all Senators to engage in (1) unlimited debate and (2) the unlimited right to offer amendments.

Votes do not occur in the Senate until all debate on a matter is completed and all amendments have been offered. Consequently, opponents of a particular measure can block it by engaging in extended debate or continuing to offer amendments. The “filibuster” is simply the continuation of debate and amendments to prevent a vote.

The only way to stop a filibuster in the Senate is by limiting debate and amendments with a procedure known as “cloture,” which requires 60 votes.  In recent years, filibusters have been threatened more and more frequently, leading to the presumption that major legislation requires the support of 60, not 51 Senators.

Consequently, no matter how controversial a Reconciliation bill may be, passage in the Senate requires 51 votes (or 50 when the Vice President votes), rather than the 60 votes ordinarily required to invoke cloture and end debate on a controversial measure.

The “germaneness” restriction on amendments to Reconciliation bills is equally significant (though often overlooked). “Germaneness” is much stricter than mere relevance. An amendment is “germane” only if it strikes a provision, changes a number, limits some new authority provided in the legislation, or expresses the “sense of the Senate.” Effectively, this means that most substantive amendments offered to a Reconciliation bill on the Senate Floor are likely to be nongermane and can only be considered if the restriction is waived by a vote of 60 Senators. This elevates the importance of the committee mark-ups in the Reconciliation process.

Because Budget Reconciliation is a radical departure from the way the Senate normally does its business, Senator Robert C. Byrd (D-WV) created in 1985 what has become known as the “Byrd Rule,” which limits what can be included in a Reconciliation bill. Under the Byrd Rule, all legislation reported in response to Reconciliation instructions must be “budgetary” in nature. Anything not budgetary in nature is considered “extraneous” and in violation of the Byrd Rule, and can be stricken from the bill.

In addition, the Byrd Rule bars reconciliation provisions that would increase deficits beyond the 10-year “budget window.”  This is particularly significant for tax cuts, which violate the Byrd Rule unless they are fully paid for, or expire at the end of 10 years.  Following is a detailed explanation of the Byrd Rule.

Explanation of the Senate’s Byrd Rule

The Budget Reconciliation process is particularly significant for the Senate, where legislation is generally subject to (1) unlimited debate and (2) non-germane amendments. In contrast to the normal traditions of open debate and amendment, Reconciliation bills are subject to a very strict—20-hour—time limit and very strict germaneness restrictions on amendments. Because Reconciliation is such a radical departure from the way the Senate normally does its business, Senator Robert C. Byrd in 1985 created the “Byrd Rule” (set forth in section 313 of the Budget Act), which limits what can be included in a Reconciliation Bill.

Under the Byrd Rule, all legislation reported pursuant to Reconciliation instructions must be budgetary in nature. Any matter that is not budgetary is considered to be “extraneous.” Senators may use a Byrd Rule point of order to strike specific “extraneous”’ provisions from a Reconciliation bill or conference report.

Generally, the Byrd Rule defines as extraneous provisions that (1) have no cost or (2) are significant policy changes with “merely incidental” budgetary effects. Senators may challenge a lengthy provision or very small provisions down to the subsection level. The Byrd Rule, itself, is lengthy, highly technical, and quite arcane. But, in general, the following four-part test may be used in determining if a provision violates the Byrd Rule:

1. Does the provision have a budget effect? Changes in outlays or revenues brought about by changes in the terms and conditions under which outlays are made or revenues are collected are considered to be budget effects (which permitted many provisions in OBRA-93 to survive).

2. If a provision has a budget effect, it does not violate the Byrd Rule (and can remain in the Reconciliation Bill) unless

• the budget effect is “merely incidental” to the nonbudgetary (policy) components of the provision (for example, if a policy provision doesn’t have a budgetary “score” you can’t save it from the Byrd Rule by piggybacking it on a minor or “incidental” budgetary provision); or

• in a year beyond the Budget Resolution window the provision would reduce revenues (or increase spending) and that revenue loss (or spending increase) causes the relevant title of the Reconciliation Bill to become a net deficit increaser in that out-year.

3. If the provision has no budget effect, it violates the Byrd Rule.   Examples of “no-costers” that violate the Byrd Rule are reporting requirements, technical corrections, authorizations, and no-cost policy changes. Exception: Senate-originated provisions which have no budget effect during the budget window do not violate the Byrd Rule, if the Chairman and Ranking Member of the Budget Committee and the authorizing committee certify that one of the following is true:

• the provision mitigates a budgetary provision; or

• the provision will result in substantial deficit reduction in an outyear (i.e., a year beyond the budget “window” of the Reconciliation bill); or

• budgetary effects are likely to occur in the event of new regulations, court rulings, or statutory triggers; or

• budgetary effects are likely but cannot currently be estimated.

Additional Background and Legislative History of the Byrd Rule